Optimism is NOT Arrogance

I can see it now.  You've all clicked here to see what change I'm talking about.  How big is it?  How will it affect me?  Will it be minor, major or unnoticeable?

Sorry, I hope that wasn't too great a letdown.  But here's my point.  Change is always coming.  It's inevitable, even when you look outside your window.  But that's cliche and boring and everyone knows the only constant is change.  My point is more having to do with how we react.

The impact of change on our lives normally influence our response to the change.  A small change to our morning routine may tick us off a bit, but a large change to government policy may make us lose our mind and do something stupid like watch Fox News.  Things we're used to doing every day are easier for us than things we have to learn about every day.  Things we've always believed are truer than things someone just told us for the first time.  These are given.

But what keeps us from staying more towards The Dude end of the spectrum?  Why can I handle change of a boyfriend (cuz he was a moron anyway) but I can't handle a change in the casting of Batman?
I'll never forgive them

I have a theory.  It's an economic theory mixed in with a psychological theory with just a dab of evolutionary theory on top just for kicks.

We talked about the impact to our lives.  We'll call that "the impact to our lives".  Now add to that our rock solid, deep, core inner faith in something, which we'll call "trust", and you can see where you fall on the scale.  If the impact is huge (Iranians will now have the capability to destroy the entire USA with nuclear bombs sent down from space stations orbiting the moon) and your faith in something is low (Obama is only slightly more intelligent than liquid soap), you're liable to be freaking the heck out. 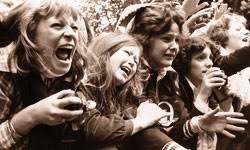 So how do you change your spot on the spectrum?  Focus on one of those two things, and then CHANGE them (see how I did that?)  This provides two benefits:  one, YOU control the change to your own thought processes, and two you'll feel better about the change coming your way.

So in the above example, you could a) research the impact (will they really rain hellfire from above with the whole world watching their every move?)  or b) raise your level of faith (usually requiring disparate views of the topic, by, let's say, not watching Fox and looking at non-biased sources). 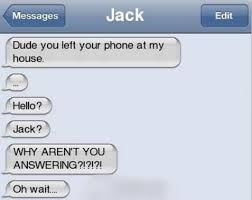 Don't be this guy

A third option is to avoid the change entirely.  Now, that's not really an option in the scenario above, unless you wanna take on the US Government, but if it's a change coming your way that you can avoid, you have that power.  You can act.  Even if it's writing a letter, or campaigning against DA MAN, or finding a new job instead, you do have the power to take matters into your own hands.  Usually, however, you'll find that takes faith again, either in yourself, or in the people you need to help you avoid that change.

In any case, hopefully you'll see that the change isn't as bad as you thought.  Sometimes the leap of faith is huge (Especially when dealing with anything related to the government), and sometimes the impact may be greater than you think.  Sometimes avoiding the change may be more work than you anticipated.  But never give up.  Change is coming.  And you CAN control your response to it.

Under a Broken Sun on Goodreads

Sites You Should Frequent

What You've Missed So Far

October 2009 - I'm told my position is being eliminated. As of 1/1/2010, I'm out of a job. One kid going into college, another going in two years. Great...at least I get four months severance, which I intend to use.
December 2009 - Macbook hard drive suffers an aneurism. Completely dead. Minimal backup save for one piece of work - The Timepiece Chronicles. But it needs to be rewritten. This becomes my mission in 2010.
December 2009 - Timepiece Chronicles completely rewritten (45000 words). Ready to start sending query letters (see Previous Query Letters).
April, 2010 - Got an Agent
March, 2011 - Lost an Agent
April, 2011 - August, 2013 - wallowed in self-pity and misery while writing a more adult post-apocalyptic novel
September, 2013 - tired of waiting around for no responses to queries, I utilize Kindle Direct Publishing to self-publish Under a Broken Sun, selling over 5,000 copies in eight countries in just over four months.
Now you're up to speed...